Naming an experience is a crucial step towards becoming a survivor. I was interested in developing this language and imagery because rape victims are deeply misrepresented in the media and hugely under-represented within photojournalism.(1)  The language often used to talk about people who are raped is loaded and full of blame; the imagery is either exposing or pitying.  I wanted to understand the language of the victims and survivors themselves.

There is an engrained inability to register and understand the experiences of rape within our media and the law. The misrepresentation and miscomprehension of the common types of rape limit a victim’s access to justice and recovery. Did she say “no”? Was she drunk? What was she wearing? Whilst these questions are asked in courts of law and in newspapers, we are all vulnerable to injustice.

Featured here is the projection sequence.

Please go to Vimeo to watch this in HD: You Did This To Yourself.

The project culminated in a book, a one off edition designed and hand-made with Mina Bach. 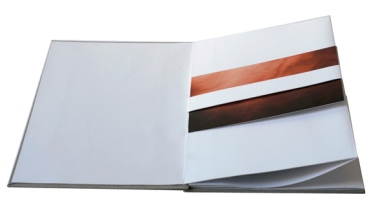 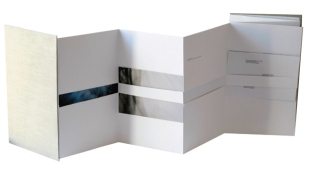 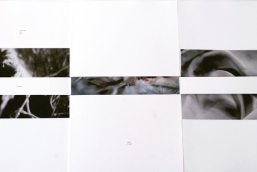 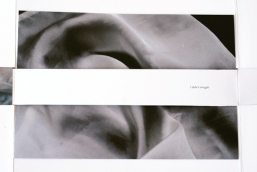 Consisting of three books, each of which can be read in two directions, the work features the same images and text as in the projection above. Here, the folding and rotating nature of each book, means that words are revealed and hidden as the photographs are eclipsed and exposed. The photographs can also be removed to reveal more words or blank spaces, allowing the reader-viewer to enter the structure of the texts.

(1) See Ariella Azoulay, “Has Anyone Ever Seen a Photograph of Rape?” in The Civil Contract of Photography, 2008.

For more on this project, have a look at: